9 Foreign Exchange facts everyone should know before they start trading. 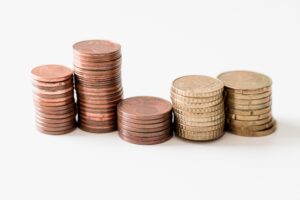 As of summer 2018, the most valuable foreign currency is the Kuwait Dinar. As it stand, 1KD = £2.58, and 1KD = $3.20. Of course, this rate is constantly fluctuating, especially given the current investment climate; however, the KD has remained on top for almost two consecutive years.

The GBP is currently the 5th strongest foreign currency in the world…and is actually outperforming the USD; which currently stands as the 10th strongest.

UK is home to the biggest Forex trading market in the world! 41% of all Forex transactions take place on British soil. That’s two times more than America!

On that British note, the British Pound Sterling is the oldest currency that is still in use – dating all the way back to 775.CE

The world record for the worst currency inflation ever goes to…Zimbabwe! in 2008 their currency experienced an inflation of 89.7 Sextillion (1021) percent.

A crazy 5.3 trillion dollars are traded every single day on the Forex market.

There are a total of 170 different currencies in the world.

The American dollar is pretty popular on the Forex market, as 90% of all foreign exchange transactions include the USD.